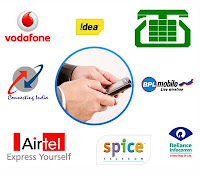 India’s telecom subscriber base crossed another milestone in December to top 560 million connections even though there was a net decline in the user base for the traditional fixed line telephones.

According to the sector’s watchdog Telecom Regulatory Authority of India (TRAI), as many as 19.1 million new connections were added during the month to take the net subscriber base to 562.21 million and the tele-density to an impressive 47.89 per cent.

“Total broadband subscriber base has increased from 7.57 million in November 2009 to 7.83 million in December 2009, thereby showing a growth of 3.56 per cent,” a statement by the regulator said.

Users of fixed line phones declined to 37.06 million at the end of December from 37.16 million in the previous month. However, they lost 0.12 million subscribers in the month of December 2009. Overall wireline tele-density stands at 3.16 per cent.
The two state operators Bharat Sanchar Nigam Ltd and Mahanagar Telephone Nigam Ltd have a combined market share of 85.22 % in land line connections.

Tele-density in cities has crossed 100 % amid a price war that has ravaged operator revenues and bottom lines with some even offering calls below one paise per second.